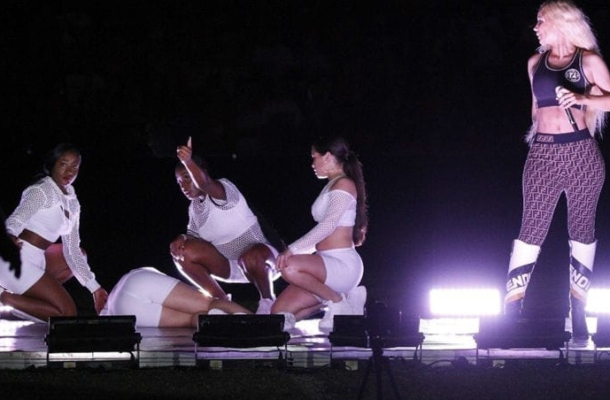 Iggy Azalea's concert in Brazil was paused for a while after one of her backup dancers suffered a seizure in the middle of a song and collapsed on stage.

In the middle of the performance, a backup dancer collapsed on stage and her body is seen shaking uncontrollably.

Iggy quickly called for a medic, saying "somebody get the medic up here."

She then continued singing "Black Widow" before the music stopped and there was silence in the stadium. 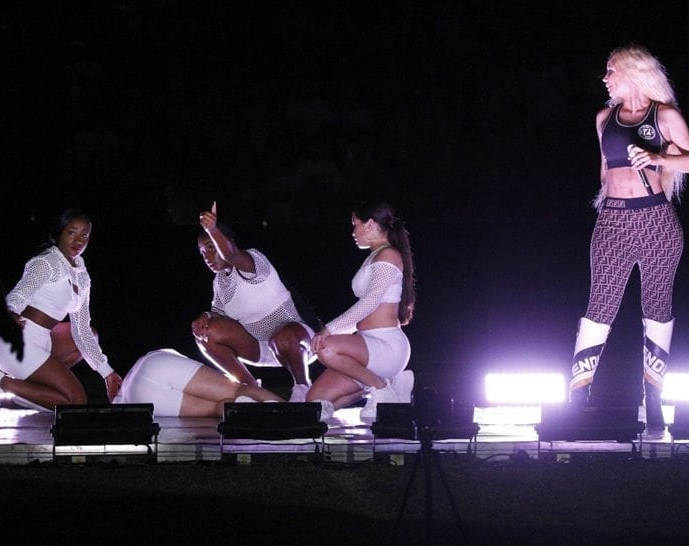 When the medics arrived, they drove an ambulance onstage to take the woman away. Then Iggy continued singing again.

Iggy later addressed the incident on social media. She explained that the lights and heat in the venue triggered the seizure.

She added that the woman is feeling much better now. Iggy says she kept singing because she thought the dancer just fell down or twisted an ankle.

One of @IggyAzalea’s backup dancers passed out during her performance of “Black Widow” at the Maracanã Stadium in Rio de Janeiro, Brazil. pic.twitter.com/n21StFusp3
— Pop Crave (@PopCraveNet) December 27, 2018