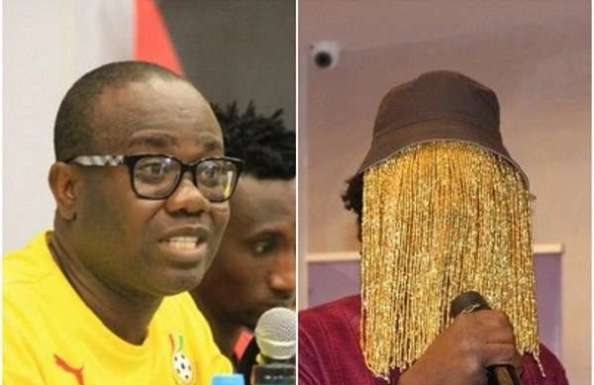 The Attorney General and Minister of Justice, Madam Gloria Akuffo has told members of Parliament that the case docket for former Ghana Football Association President Kwasi Nyantakyi is ready.

According to the Minister the Attorney General's department got hold of the docket just this month and will start with prosecution in two weeks time.

“The review of the docket, Mr. Speaker has since been completed and the presentation of the case in court is imminent”, Ms Akuffo told Parliament on Thursday [November 7, 2019] whilst answering a question submitted by the Member of Parliament for Mion, Mohammed Abdul Aziz on the case.

Answering questions on the floor of Parliament  Thursday, Ms Akuffo said her outfit has finished reviewing the docket forwarded by the CID.

She said the death of Ahmed Hussein Suale, one of the journalists who together with Anas Aremeyaw Anas produced the documentary stalled the progress of work on the docket.

“On November 2, 2018, the Office of the Attorney General received a duplicate docket numbered RO.93/2018 from the headquarters of the Criminal Investigative Department (CID) of the Ghana Police Service on a case entitled the Republic vs. Kwesi Nyantakyi”

Additionally, she said in March 2019, Tiger Eye was requested to furnish the team with an updated report covering all videos submitted to the Office of the Attorney-General.

“Eventually, the documents requested from the police as well as the updated report from Tiger Eye were submitted by the police in May 2019. Unfortunately Ahmed Hussein Suale a member of Tiger Eye and a principal witness with whom the prosecutor directly engaged in the preparation of the case was tragically killed...[January 2019]. "