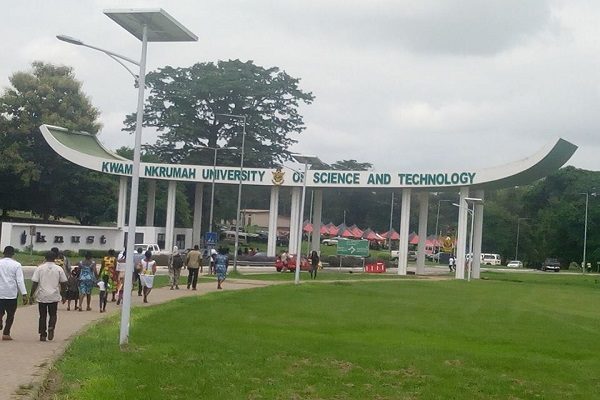 Some male students believed to be residents of Unity Hall (Conti) of the Kwame Nkrumah University of Science and Technology (KNUST) have been caught on video harassing female students assigned rooms at the hall.

The 2,000-capacity hall was an all-male residence but management of the university recently converted it into a mixed hall, together with University Hall (Katanga), in order to boost the female population on campus.

In a 30-second video that has gone viral on social media, about a dozen male students were seen chasing and mobbing some female students, as the girls tried escaping from them.

One frightened female student bolted from the scene and another female who tried to free herself after an attempt by one male student to grope her, lost her balance and fell flat on the floor.

The male students, some bare-chested, kept screaming and running after the visibly frightened females.

Meanwhile, some disgruntled members of the public have taken to social media to express their disappointment about the failure of university authorities to ensure the safety of female occupants of the hall.