VIDEO: MALIA OBAMA APPEARS TO BE SMOKING A JOINT AT LOLLAPALOOZA 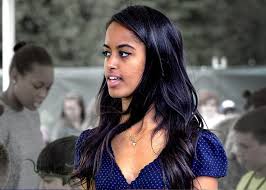 ILLINOIS - President Obama's oldest daughter was recording on video smoking what appears to be a marijuana joint at the Lollapalooza music festival.

Reporters have reached out to the White House but so far no comment on what the 18-year-old was smoking.

The internet went crazy over the weekend when several videos appeared on twitter and YouTube of the President's daughter Malia Obama twerking on stage at the same festival. The annual four day music festival is held annually in her hometown of Chicago, IL.