VIDEO: May your smooth pus*y perish with you in hell - Prophet Oduro curses Slay Queens 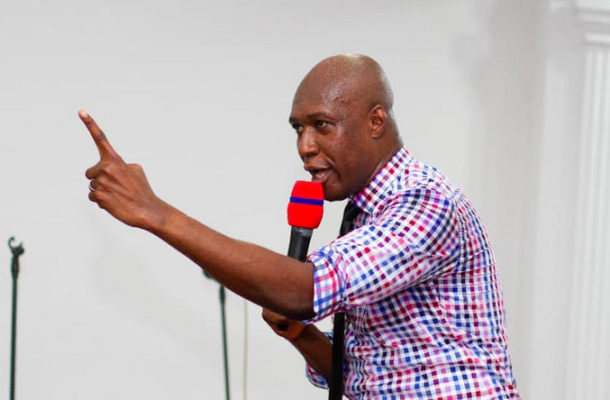 The founder and leader of Alabaster International Ministries, Prophet Kofi Oduro, has cursed all ladies who trade sex for cash, saying their “pussy” will perish with them in hellfire.

In a sermon recently contained in a video, the blunt man of God declared that any lady who is using, or intend to using their private parts to make money will perish with their private parts in hell, essentially cursing all female prostitutes and any other lady making cash from sex with hellfire.

Many within and without social media have chastised him for using such vulgar words in church while others have hailed him for being blunt and forthright with his words.

The prophet has been in the news for several controversial happenings in his church. Recently, he courted much media attention when he demonstrated in his church some sex positions which he said could spice up the relationships of his congregants or even resurrect their dead relationships.