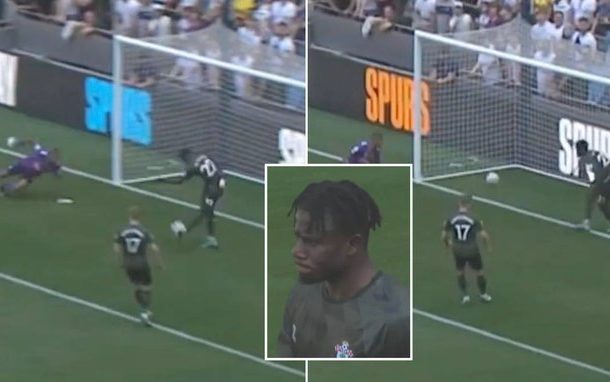 New Black Stars defender Mohammed Salisu had a stinker on the opening day of the 2022/2023 English Premier League as he scored a horrible own goal in his side's 4-0 loss to Tottenham Hotspurs.

The saints took the lead in the game through their captain James Ward Prowse but things unraveled very quickly as Spurs descended heavily on the hapless Southampton side.

James Ward-Prowse temporarily silenced the Tottenham Hotspur Stadium with the opener after 12 minutes.

Moussa Djenepo did well on the left to get away from Emerson Royal and chipped to the edge of the area where Southampton captain Ward-Prowse volleyed home to put the visitors ahead.

Dejan Kulusevski checked back onto his left foot and produced a wonderful cross from the right.

The ball found Ryan Sessegnon who beat Kyle Walker-Peters in the air to head home from close range and make it 1-1.

By the 31st minute, Tottenham had turned the game on its head.

Southampton cleared Heung-min Son’s initial corner, however the ball came back to the South Korean and his cross was smartly headed in by a stooping Eric Dier to make it 2-1.

At the start of the second half, Sessegnon briefly thought he’d bagged a brace, only for the offside flag to deny him.

Tottenham did make it 3-1 in the 61st minute thanks to a helping hand from Mohammed Salisu.

Royal led the breakaway and exchanged passes with Son before his scuffed cross was shambolically put into his own net by Salisu.

Royal was released again and cut back for Kulusevski, who opened up his body and curled into the bottom corner to cap a wonderful individual display.