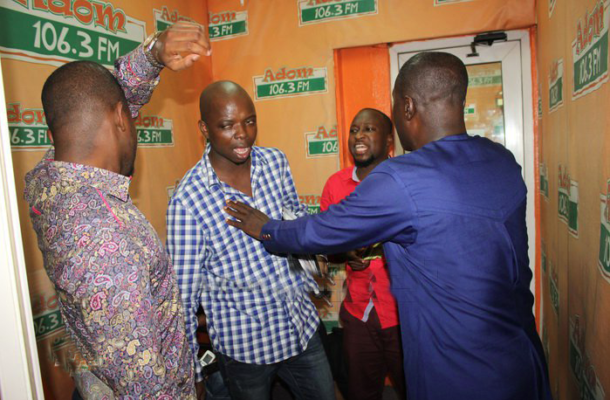 Two panelists on Adom FM’s Morning Show, ‘Dwaso Nsem’ on Thursday were drawn into heated argument on the actual amount the Akufo-Addo administration has paid to National Health Insurance Scheme (NHIS) providers in the country.

While a communication team member of the National Democratic Congress (NDC), Sammy Gyamfi, claimed the NPP has failed to pay providers for providing services in 2017, the Brong Ahafo Regional Youth Organiser of the New Patriotic Party (NPP), Kwame Baffoe, known as Abronye DC claimed the government has settled all arrears owed the providers.

This comment did not go down well Sammy Gyamfi who for well over 20 minutes failed to agree and resisted all efforts by the host, Captain Smart to read a document which Abronye DC provided to back his claim.

The heated argument continued even after the show with the two political representatives refusing to give in to one another.

Watch the Abronye DC and Sammy Gyamfi in the heated debates over NHIS claims: