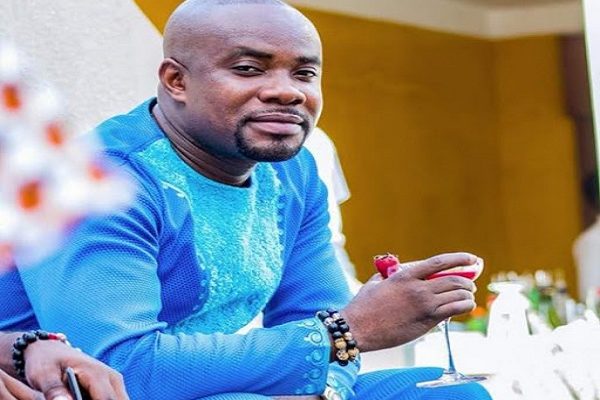 An Adom FM presenter has gone viral after he shot a video drinking ‘snake bitters’.

The product is made of reptiles - usually, snakes soaked in a locally brewed gin, ‘Akpeteshie’.

Kwame Oboadi, as he is popularly called, is seen drinking the 'snake bitters' as he tells people that he takes some sort of physical strongness from it.

"This drink I hold in my hands is soaked with 3 snakes. Don't try to be on the equal with me. The snake you see and run away, me, I have soaked it in bitters. Look, I'm taking it, if you won't kiss me, that's your own problem", Oboadie bragged as he consumes the liquor.

The video according to the ‘After Hours’ host, was shot at Snake Bar, a popular drinking spot at Obo Kwahu in the Eastern Region.

From the abuse of codeine, the uncontrolled use of tramadol to sniffing of super glue and faeces, Ghanaguardian.com's checks show that the youth in the country have now resorted to the snake bitters as their new discovery in town - and the patronage is really high.

The product is increasingly becoming popular in the country as those who drink the concoction say, it makes them get hyper.

Ghanaians have however reacted to the issue since it came up in the news. While some have suggested that the Food and Drugs Authority (FDA) should clamp down on the product, some think that it is unnecessary because the concoction is not new in the system and that it cures rheumatism, body, joint and waist pains.