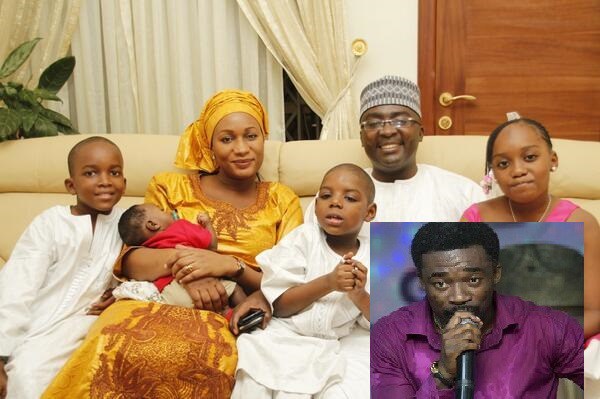 A Ghanaian pastor, who is popular for rightly predicting bad events, predicted the death of Dr Mahamudu Bawumia two months ago and now the Ghana Vice-President was suddenly flown to London to undergo urgent treatment after being hospitalized.

Prophet Bishop Reindolph Oduro Gyebi called for urgent prayers for the Vice President of the country, insisting that only an intercession prayers can prevent calamity hitting his family.

Popularly known as 'Eagle Prophet' the leader and founder  of God’s Crown Chapel has been at the centre of deadly prediction of bad events which subsequently happened.

And now with Bawumia hospitalised and flown to London for treatment, Ghanaians are fearing over the outcome.

Eagle Prophet asked his congregation to pray for the vice President, Dr Mahamudu Bawumia sparking worries for his followers after he recent deadly predictions came true.

In November last year, The Man of God who has been at the centre of series of deadly prophecies in the country, called for intense prayers for Vice President, Dr Mahamudu Bawumia.

During a live church service, the Founder and General Overseer of God’s Crown Chapel, Prophet Bishop Reindolph Oduro Gyebi asked the congregation to pray for the second gentleman of the land but refused to advance reasons for it.

“Let us pray more for Dr Bawumia and his family”, he said in a video.

He refused to disclose his reason for it but urged his congregants to pray for the second gentleman of the land and kept his vision to himself.

It would be recalled that Prophet Bishop Reindolph Oduro Gyebi, in a video that has gone viral during the beginning of the last quarter of 2017, called for prayers for presenters in Ghana in order not for misfortune not to befall them while preaching on Kumasi-based Abusua Fm.

Although the prophet failed to give further details about his vision, it is believed to be something murky as known of him.

Eagle prophet is known to have prophesied about the Kintampo waterfalls tragedy before it occurred.

Also a video circulating online depict that, Prophet Reindolph Oduro Gyebi, saw there was a misfortune hanging on the Ghana media fraternity, precisely Multimedia which unfortunately has happened with the death of presenter KABA.

Watch video of the prediction by Eagle Prophet