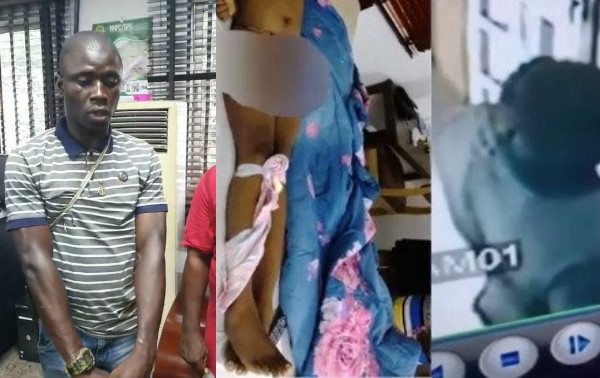 The Nigerian Police force have arrested a suspected serial killer, Gracious David West, who is believed to have killed several women in the oil rich  Port Harcourt, Rivers state.

The suspect was arrested by police on Thursday, September 19, while he was on his way to Uyo from Port Harcourt.

In the video shared by the police, the suspect confessed to the killings. He said he met his last victim at a club and after they agreed on a payment, they left the place together to a hotel.

The suspect said he and the victim ate and slept but that in the early hours of the morning, he brought out a knife and threatened to kill her with it if she shouted.

David West said when she saw the knife, she calmed down out of fear and allowed him to tie her two hands behind her back before strangulating her.

After killing them he ties a white handkerchief on your leg and on your neck.

There has been report of killing of women in Port Harcourt in what has been suspected to be the work of a serial killer. According to the police, the 26-year-old killer who is from Buguma local government area of Rivers state is also a member of the Degbam cult group.