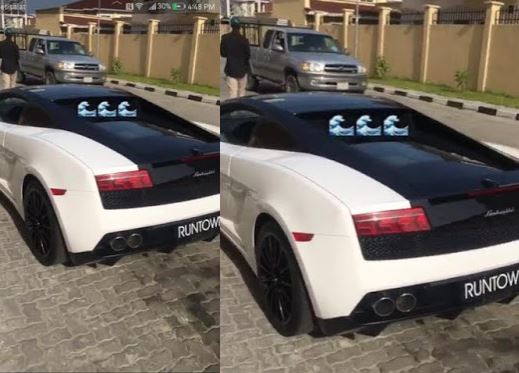 On Wednesday night,Nigerian singer Runtown's Lamborghini was destroyed at Burna Boy's concert that held at Eko Hotels in Lagos.

Runtown acquired the Lamborghini back in 2017 when all was still well between him and his former record label boss, Dilly Umenyiora.

The 'Mad Over You' crooner early this year unveiled his own company called Sound GodMusic Group after back and forth court drama with his former management.

According to his team, it is a full-on 360 music and entertainment company aimed at redefining the business of music in Africa, and more.
See a video of the destroyed whip below...