VIDEO: Slay queen claims she has f*cked 700 men with 27 celebrities among them 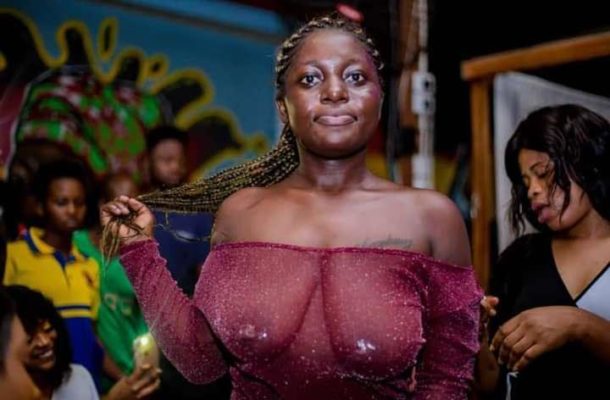 Slay queen  Abena Ghanabah has made a startling revelation about her sex life since her teen years. According to her she has slept with about 700 men since breaking her virginity as a 14 year old girl with her then headmaster.

Known in real life  as Charlotte Abena Serwaa Ghanabah said she started flirting very early in her young adult life as she was wooed by the headmaster of the school her mom sent to.

She goes on without any shed of  shame to list a number of celebrities numbering about 27 that she has proudly slept with.

According to her most boys now are play boys so the girls too have turned into play girls playing with everything they come across bragging that ladies now are after boys with cash no matter how ugly they are.

She goes on to advise young girls to propose to guys they are interested in as things are not the same like before in this  generation.

The slay queen says she is exposing the celebs she has slept with because they broke their part of the promise to her.