VIDEO: Stop opening your legs for men who have not married you yet – Anita Afriyie fires slay queens 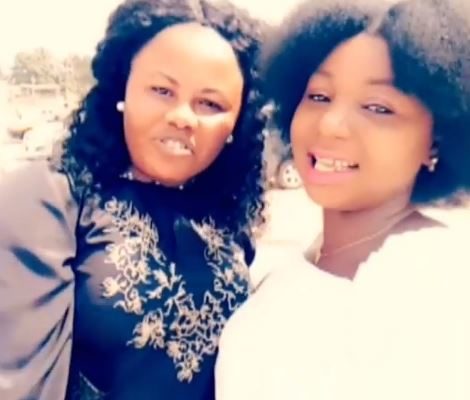 Gospel musician Anita Afriyie, who doubles as a minister of the gospel, has through a hilarious video ‘ordered’ slay queens out there to put the break on how they allow men to use their ‘toto’. The ‘American Burger’ tells these ladies who allow men to sleep with them in the name of probably receiving some meager sums of money, to desist from the act because it is not right.

The outspoken musician makes the point that if they allow big ones, small ones and medium-sized ones to pass through their ‘toto’ anyhow all in the name of money, they will not get men to marry them someday. She adds that no man in his right thinking senses will ever decide to go in for a lady whose genital organ has been overused as a wife.

The ‘Adehye Mogya’ hitmaker also reiterated her point by stating that such ladies who have plans of allowing men to use their ‘toto’ anyhow and later go in for medicine like Genicure 442 and others to help them get it back in shape, may end up very disappointed.

Watch the hilarious video of Anita Afriyie below