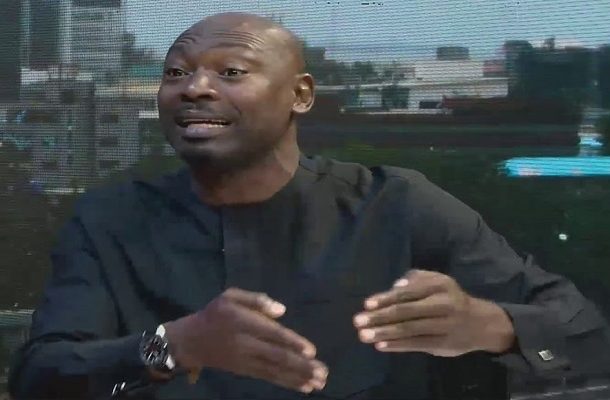 Popular Nigerian Nollywood actor, Joseph Chidi Okechukwu has hailed praises on the Ghanaian President, over what he described as a bold step by Nana Akufo-Addo when looked at the President of the French Republic, Emmanuel Macron and told him the 'truth' in the face.

President Akufo-Addo has strongly indicated Africa must change its relationship with Europe if it wants to become self-reliant and exploit rich resources that could transform the continent.

"Africa and Europe are natural partners ... but [it's] a relationship that has to be different from what we've had up to now," Nana Akufo-Addo said on Thursday, July 11, 2019, following talks with his French counterpart, Emmanuel Macron.

His remarks were made in an address to 400 representatives of the African diaspora in France who gathered at the Elysee palace in Paris.
"That relationship has enriched Europe but has not enriched Africa. So, we need to change that dynamic and we can only do it by ourselves, taking the correct measures for our future," said Akufo-Addo.

"So, Mr President, we're saying the time has come for us to take our destiny in our own hands," he said, directly addressing Macron.

However, the Nollywood actor, reacting to the Akufo-Addo-Macron engagement, said the Ghanaian leader has become his hero and a father he never had, for such a bold step.

"Sir, I want you to know today that you have officially become my hero. I don't know if that means anything to you but I just want you to know.... because I don't say this about many people. For the first time in my life, I just felt like someone was supposed to be my father. When I listened to you addressed the French President, I felt like you are supposed to be my father", King Joe Okechukwu said in a viral video.

According to him, in portions of the video, "I have tried as much as I could to wake my Nigerian people up. I have tried to tell them that we just entered into a terrible situation of colonialism again but the kind of nonsense that is going on in Nigeria today where the colonial masters hook way all over again. All these wicked, our colonial, ideologies schemings and actions of the past have all returned to Nigeria and the people are not even aware of it".