VIDEO: TB Joshua wanted to visit me but I was too 'busy' – Rev Owusu Bempah 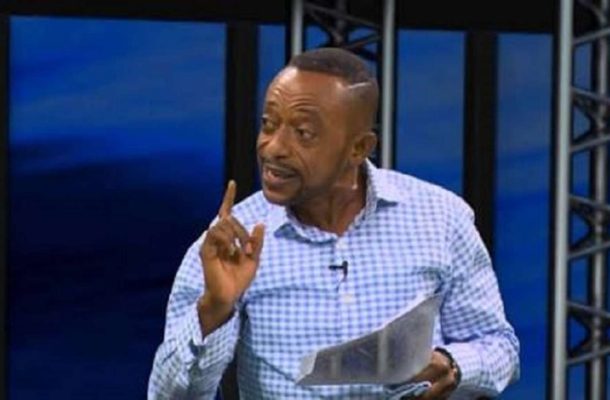 Reverend Isaac Owusu Bempah, the founder and leader of the Glorious Word Power Ministry has opened up on his only encounter with late Nigerian evangelist Temitope Balogun Joshua (TB Joshua).

Speaking on Neat FM, Reverend Owusu Bempah confessed to having encountered TB Joshua once on phone.

He narrated this incident happened after a misunderstanding between him and TB Joshua over the billing of him as a preacher at an event which was held by the Nigerian pastor.

Owusu Bempah says during the exchanges, he got angry and prophesied that four people were going to die at the event, which according to him came to pass.

He stated that days after the program, musician Kwame A Plus and a statesman whose name he refused to mention visited him with words from TB Joshua.

Reverend Owusu Bempah added he spoke with TB Joshua via phone; adding that the famed prophet later asked to pay him a visit in Ghana.

Owusu Bempah says he promised to get back to him on a day appropriate for a visit but he could not see through his promise as he was engaged in other things.

“I never met him in person but I remember an issue happened in the past. He had a program in Ghana and my name was captured as one of the preachers.

"I had an interview with another radio station and I told them I was unaware of the program. The things I said did not go down well TB Joshua’s pastors who came out and attacked me which led to a banter on radio. I told them that four people were going to die at the program and it happened.

“Some time after the program, A Plus and some influential man came to my house. The message was that TB Joshua wanted to speak with me so we spoke on phone. He said that he has seen the good works I was doing wanted to visit me. I didn’t speak with him again. He asked me to give him time for the time but I couldn’t get him the time. I promised to get back to him on the day he can visit but I couldn’t do it and that was the last time I heard from him” he said.

Reverend Owusu Bempah was speaking on the death of TB Joshua which occurred on Saturday, June 5, 2021.

TB Joshua who died at age 57 was survived by two children and a wife.