VIDEO: Thanks Langabel for making me go International - Abiba Locks reacts to allegations 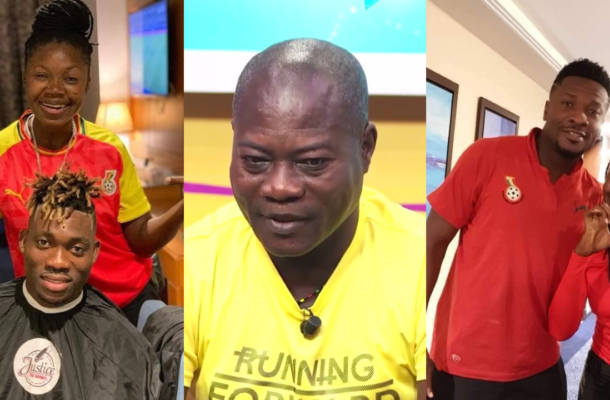 Hairstylist for some Black Stars players, Abiba Locks has sarcastically applauded Langabel who was some time past an official drummer for the team.

He made spurious allegations against the hair stylist for contaminating the team with her bad luck and causing Ghana's upset at the 2022 FIFA World Cup.

The Black Stars needed a draw to progress to the round of the 16 at the FIFA World Cup but woefully failed to progress with Andre Ayew missing a first-half penalty against Uruguay.

After that chastening defeat, the so-called chief drummer blamed Abiba Locks for causing the team's defeat with her bad luck.

In a social media post, the hairstylist thanked Langabel for sending him International but has dispelled the assertion that she caused the team's misfortune with her ill luck.