VIDEO: The referee should've gone to VAR as it was'nt a penalty - Mike Dean 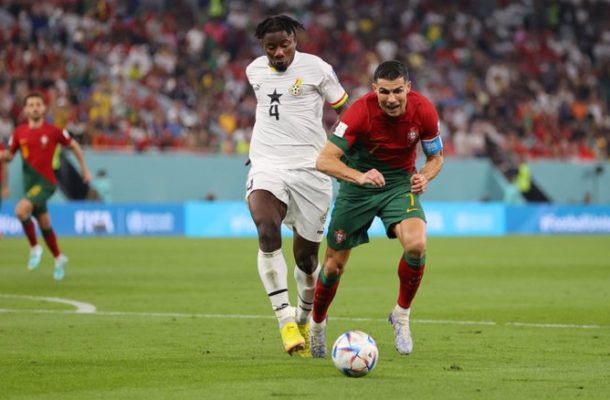 Cristiano Ronaldo scored the opening goal from the penalty spot, hammering in after the referee awarded a highly contentious penalty for Portugal after an apparent dive from the former Manchester United forward following a close incident with Mohammed Salisu.

The American referee immediately pointed to the spot resisting all attempts to have a second look at the incident on the video assistant referee despite protestation from the Ghanaian players.

Speaking as a referee expert on Bein Sports, the fomer English Premier League referee was mystified as to why the VAR did not call the American center referee for an on-pitch review describing it as 'scary'.

The win means Portugal top Group H with 3 points after Uruguay and South Korea played out a goalless draw early on.

Ghana will play South Korea on Monday, November 28, while Portugal takes on Uruguay in the other Group H match.