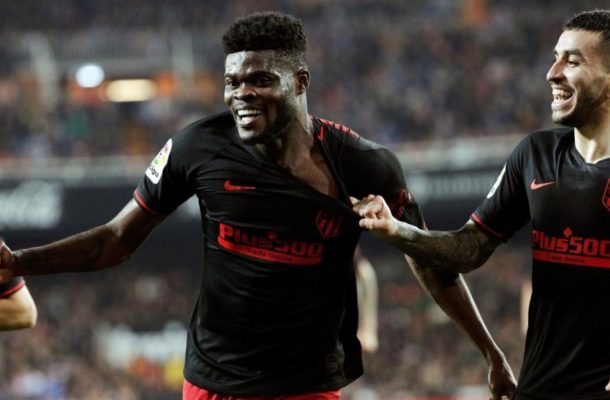 Ghanaian midfielder Thomas Partey who along with his entire have been performing poorly in recent weeks was on song for his side Athletico Madrid in Friday's 2-2 draw.

The combative midfielder has been off the boil in recent weeks just like his side but on Friday night he showed glimpses of his best form and capped it off with a great goal.

Marcos Llorente opened the scoring for the away team after 14 minutes of play with a close range finish after some lax defending from Valencia.

Five minutes to end the first half, Gabriel Paulista got his name on the scoresheet with a header to pull parity for Valencia.

Three minutes after that equalizer, Thomas Partey popped up with yet another screamer from range to make it 2-1 before Geoffrey Kondogbia levelled late to make it 2-2-

The strike was his third of the season, and his 11th for Atletico Madrid.