VIDEO: This VR glove lets you feel objects in the digital realm 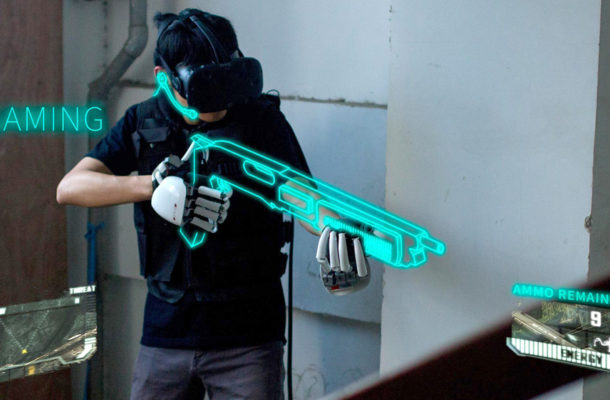 Virtual reality has finally arrived but the package as a whole is far from a finished product. Aside from additional polish that’s needed in terms of the visuals, we still haven’t quite figured out how movement and control will best work in the digital world.

A Chinese startup by the name of Dexta Robotics believes it has a solid solution that’ll afford users the ability to “feel” things in the virtual (and augmented) realm. The result of more than 20 prototypes over two years, the Dexmo is an exoskeleton glove that tracks 11 degrees of freedom of motion. It processes this data and applies variable force feedback to each digit to mimic what it would feel like to hold an actual object.

As you’ll see in the clip above, Dexmo is said to be rather lightweight and operates wirelessly so there are no clunky cables to get tangled up in.

Dexta Robotics CEO Aler Gu told Engadget that selling Dexmo is different than selling consumer electronics because you can’t use it right out of the box. The executive added that it will take some really amazing content for people to realize how game-changing the innovation really is.

While something like this could indeed change the game, Dexta Robotics doesn’t see this as a gaming-only product as it could have applications in other fields like medicine, education and training, just to name a few.

Given Gu’s desire to shop the technology around to developers first, there’s no clear launch date in sight nor do we know how much it’ll sell for once it finally reaches the market.