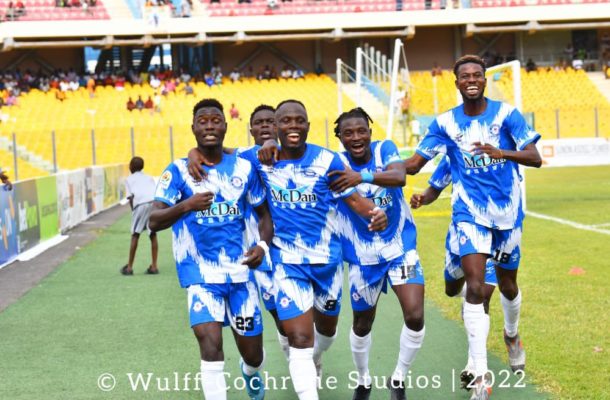 Accra Great Olympics continued their unbeaten run to the 2022/2022 betPawa Premier League as they consigned King Faisal to a third successive defeat of the young season.

A solitary strike from Emmanuel Mensah proved the difference between both sides but the capital-based side should have been out of sight with the many chances they created.

Great Olympics started the game on the front foot as they asked all the questions of the away side who were only content to play with a low block soak up the pressure and catch their host on the break.

Despite dictating play and looking the most likely to score, Olympics could not breach the King Faisal defense as the first half ended 0-0.

After recess, the home side upped the ante and Emmanuel Mensah coolly slotted home what proved to be the winner in the 65th minute of the game.

King Faisal after conceding improve remarkably and nearly snatched a draw but Elias Elias spurned the chance from close range.

Great Olympics under new coach Yaw Preko have won two matches  and drawn one while King Faisal have lost all four games so far.