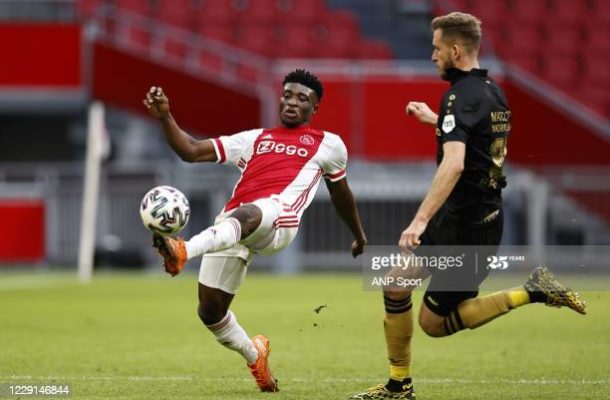 Talented Ghanaian midfielder Kudus Mohammed made an injury return in style for the Dutch giants as he scored a goal and also provided two assists.

Ajax thrashed Heerenveen 5-1 in the Dutch Eredivisie match played on Sunday at the Johan Cruyff Arena.

The midfielder missed Ajax's last league game just before the International break after suffering an injury at the training grounds.

He missed the Dutch giants only defeat of the season, a one nil loss to Groningen but return with a bang.

Captain Dusan Tadic started the demolition with an early goal in the 4th minute of the game with the assist from Kudus Mohammed before scoring from the spot in the 28th minute to double the lead.

Kudus Mohammed then made it 3 nil with a fine strike in the 35th minute of the game to register his first competitive goal for Ajax since joining in the summer from Danish side FC Nordsjaelland for 9 million Euros.

Henk Veeman pulled one back for the visitors in the 66th minute of the game before Davy Klassen made it 4-1 on his return to Ajax.

Brazilian forward Anthony put gloss on the results after being set up by Kudus Mohammed to make it 5-1 for Ajax.