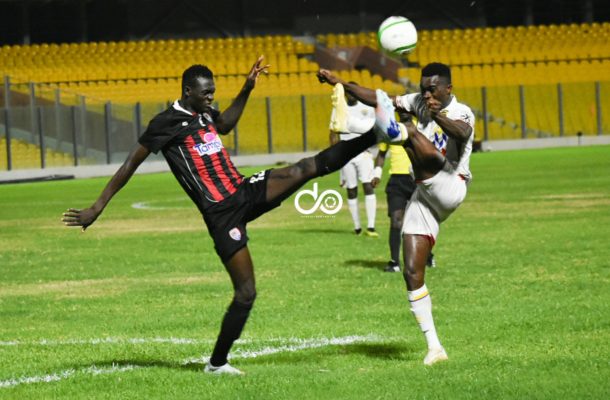 Inter Allies inflicted a one nil defeat on Accra Hearts of Oak in their match day three encounter at the Accra Sports Stadium on Sunday evening.

It was a game that saw few chances being created but for the profligacy of the Hearts attack it would have been a different results.

A bullet of a shot from former WAFA striker Richmond Lamptey from well over 25 yards swelled into the top left corner of the net beyond the dispairing dive of goalkeeper Richard Attah.

The phobians were forced into an early substitution as Nuru Sulley got injured and had to be replaced by Robert Sowah.

Just before the half hour mark, Richmond Lamptey unleashed a belter of a short which flew into the roof of the net to open the scores.