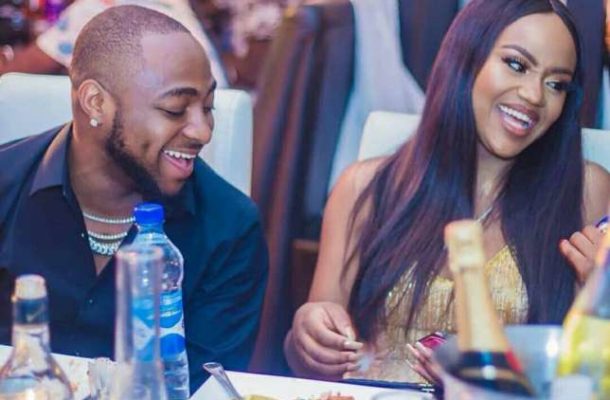 Chioma was all smiles as he showed her off to the world.

Davido also gave a special shout out to all the Igbo girls who attended his concert.

This was after he dragged her on stage during his 30 Billion Concert performance in Uhuru Gardens, Nairobi.

Rumours of the split started circulating last month with several Nigerian showbiz outlets reporting that Davido had broken up with Chioma just six months after he surprised her with a luxurious Porsche gift on her 23rd birthday.

However the award winning artiste proved his critics wrong when he surprised his fans by pulling his gorgeous girlfriend on stage while he performed to the crowd his Assurance hit song, a dedication to Chioma.

Watch the videos below..