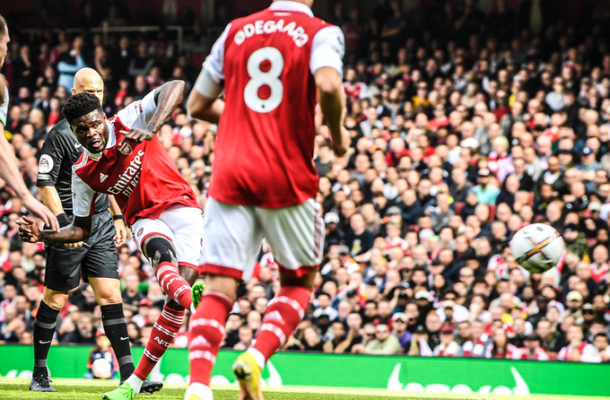 Ghanaian midfielder Thomas Partey returned from a slight injury whiles on International duty with Ghana to score the opening goal for Arsenal in the North London derby on Saturday.

The midfielder was named in Ghana's starting lineup to face Tottenham Hotspurs but pulled out of the game as a precaution after he complained of pain as he was subsequently sent back to London for assesment.

Arsenal made a fast start and took a deserved lead when Thomas Partey side-footed a precise finish into the top corner from 25 yards after 20 minutes.

Spurs were handed a lifeline before the break when Gabriel's foul on Richarlison gave Harry Kane the opportunity to score his 14th goal in 18 derby games and his 100th goal away from home in the Premier League from the penalty spot.

Conte was attempting to make three changes when Granit Xhaka effectively ended the contest with a low finish past Lloris from inside the area.