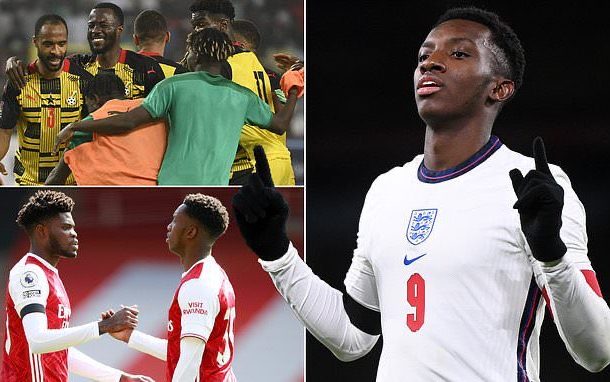 For Arsenal's second goal Thomas Partey gave a nonchalant pass deep from midfield to Maitland Nile before he squared for Nketiah to tap home.

Many Ghanaian are of the opinion that these are signs to come for a possible reunion for the two players at the Black Stars.

Ghana has been on the trail of Eddie Nketiah with the player open to playing for the Black Stars with talks still on going for a nationality switch.

The North London club is in Germany for a pre-season tour and will play against Nurnberg on Friday, July 8.