VIDEO: We have 40 players in our data and will only invite active players - C.K Akonnor 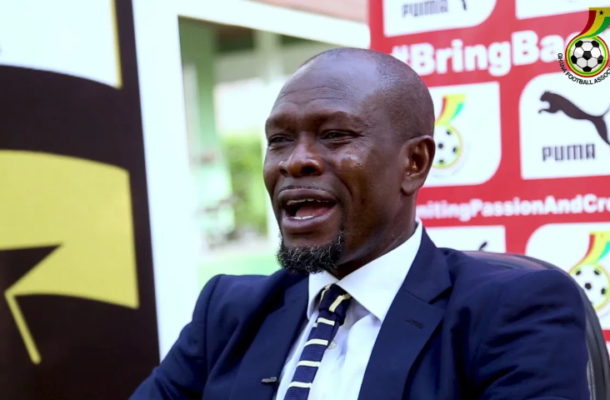 Head coach of Black Stars, C.K Akonnor says he has a set of 4o players in his database and will not be doing wholesale national team invite like his predecessor.

Kwasi Appiah was accused of inviting too many players into the national team but C.K says that he has just 40 players in his data base and will take some out and in based on their performance.

"We have 40 players in our data and I think 40 should be a good number but within the 40 we can be changing."

"I will not call players based on their names you know because he is C.K Akonnor and he is playing in Manchester United so I should invite him." he told Joy Sports.

"And you look at someone who is playing at Asante Kotoko and someone who is there and is not playing you see it will be a big challenge for me." he said.