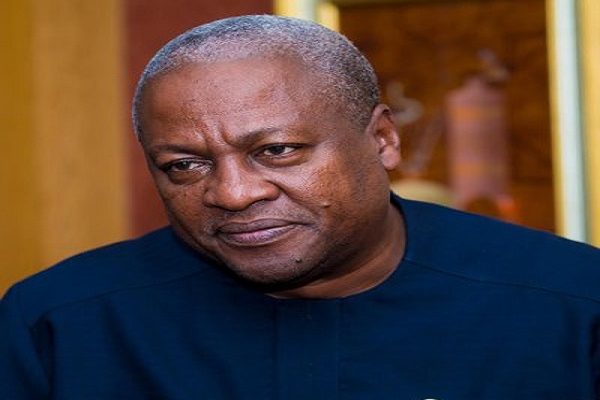 According to Hajia Fati, the National Democratic Congress (NDC) presidential candidate will die like an animal for having a hand in the death of Mr Rawlings.

"It's John Mahama who killed Rawlings. John Mahama, you've killed Rawlings for power? You'll die like a fowl. You also killed Atta [refering to former President Mills]. As for Atta, you made him a fool and subsequently strangulated him. John Mahama is now in Ashanti region so beware Asantehene, so he doesn't kill you too", she said.

A Plus has however condemned the viral video saying it is "unfair" and "below the belt". He has since called on the leadership of the NPP to also come out publicly to condemn the "disappointing" act.

"Hajia, this is below the belt. This is very unfair. Every right thinking person in the NPP, (of cause there are many) must condemn this. Hajia I'm disappointed in you. You are my person. But this is very disappointing", Said A Plus.

Jerry John Rawlings, the first President of the 4th Republic died on Thursday at the Korle Bu Teaching Hospital in the capital, Accra.

According to family sources, the NDC founder suddenly took ill days after burying his mother and had been on admission at the facility receiving medical treatment.

He left behind a wife, the former First Lady and now founder and leader of the National Democratic Party (NDP), Nana Konadu Agyemang Rawlings. They had four children including the Klottey Korle MP, Zanitor Agyenang-Rawlings.