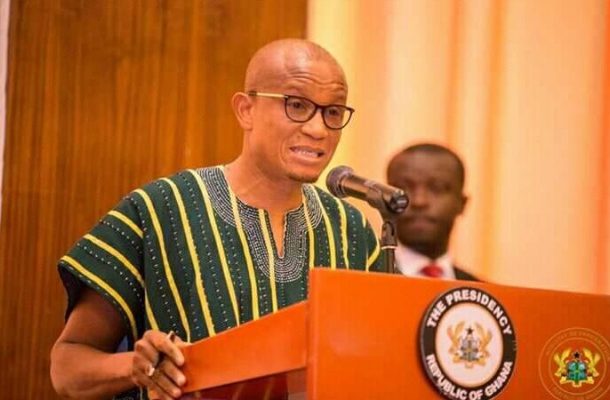 Minister of Inner-city and Zongo Development, Dr Mustapha Abdul-Hamid, on Friday, 4 January 2019, made a visit to the Maamobi General Polyclinic following the viral news that a Muslim student nurse on internship with the health post was allegedly asked by her superiors to take off her hijab.

The student who according to reports was earlier turned away at the regional office of the Ghana Health Service when she went there to register for her internship because she was in hijab.The reports added that allegedly denied an internship letter for refusing to take off her hijab while she went through the registration process.The issue which went viral on social media caught the attention of policy makers which led to the intervention of the Zongo MInister who reached out to the Health Minister, Kweku Agyemang-Manu and the Director-General of the Ghana Health Service, Dr Anthony Nsiah-Asare.Dr Nsiah-Asare subsequently issued a directive to the health posts saying that the government’s policy on the wearing of the hijab by Muslim nurses had not been reviewed, hence they must be allowed to wear them.In the circular sent to all Regional Health Directors, Medical Superintendents, Polyclinic In-Charges, Metro, Municipal and District Directors of Health Service in the region, the GHS prompted them of the fact that the move contravened government’s policy directive which gave approval to the wearing of the hijab.He, thus, urged the authorities to ensure the strict adherence to the directive by all staff and managers concerned.Dr Nsiah-Asare said the GHS has also directed all public hospitals in the Greater Accra Region to allow Muslim nurses to wear their hijab without any hindrance.