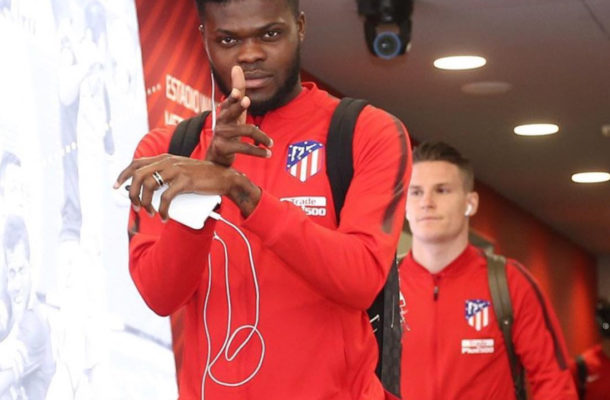 Atletico Madrid midfielder Thomas Partey, has proved to be a hard core fan of Ghanaian raggae/dancehall star, Stonebwoy as he is seen in a new video grooving to his latest single, ‘Kpo kp3 kp3’.

The Ghana International was captured in the video with a few friends relaxing at home while dancing and singing along to the hit single.

This is not the first time Thomas Partey is seen appreciating Stonebwoy's music as he made an entry into Athletico Madrid's Wanda Metropolitano Stadium after the club won the UEFA Europa League with Stonebwoy’s ‘Tomorrow’ playing in the background.

The Black Stars midfielder was nominated for the prestigious 2018 BBC African Best Player Award where he lost to Egypt's Mohamed Salah.

Partey deservedly earned his spot after an outstanding year, helping Atletico Madrid to Europa Cup glory and finishing the season as runners up in the La Liga.

He played over 50 games for the Spanish giants last season.