Vincent Kompany rubbishes claims that Ashimeru will join him at Burnley 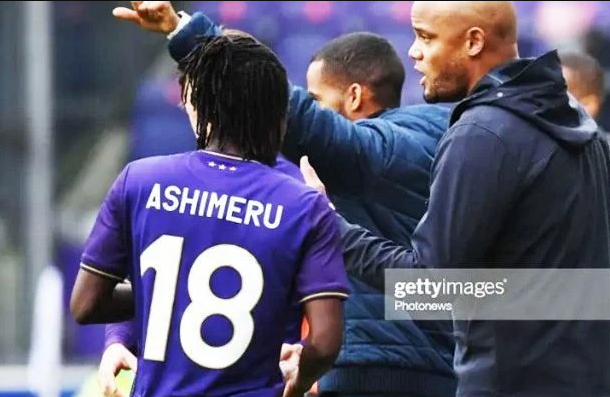 The former Manchester City captain joined the clarets from Anderlecht in June after the club suffered relegation in the English Premier League.

He is building a squad that can compete in the English Championship as they eye a quick return to the English Premier League.

Kompany signed the Black Stars midfielder permanently from Austrian champions RB Salzburg  last season and was a key player under the Belgian at Anderlecht.

There are reports emanating from Belgium that Vincent Kompany is on the verge of signing two players from Anderlecht and the Ghanaian is one of them.

Ashimeru has been given extended break as the team began pre season training last Thursday which has heightened talk of the Ghanaian moving to Burnley to join Kompany.

Kompany departed Anderlecht after the club failed to keep their promise of handing him enough funds to challenge for the title.

He finished the 2021/2022 season in third position after spending three years at the purple and whites.

Majeed Ashimeru made 31 appearances under Vincent Kompany in the 2021/22 season scoring three goals and three assists.