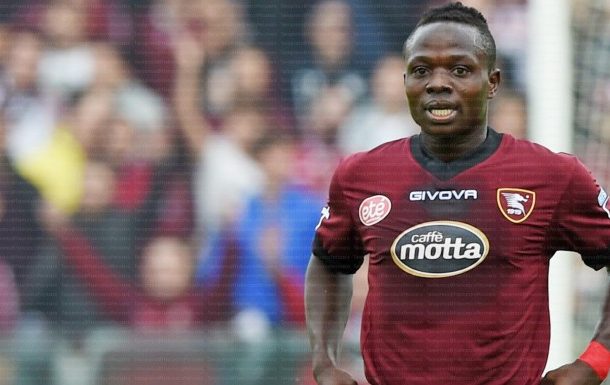 Italian Serie B side Salernitana are looking to free up space in their crowded midfield in order to free up funds to improve other departments of their team and Virtus Entella are looking at the possibility of signing the midfielder.

The 23 year old Ghanaian has not been a regular for his side in the Serie B this season coming from the bench most often in games.

He has made 11 appearances in the Italian Serie B this term with most of them from the bench.

A combined total of his 11 appearances in minutes total a paltry 398 which is woefully too small for 11 appearances considering football is played for 90 minutes.

Salernitana have earmarked the Ghanaian midfielder as a dispensable asset which they can do without in the winter transfer window.

Despite signing a 4-year contract renewal a few weeks ago the club is not averse to losing the defensive midfielder.

Before penning the contract extension,there was overtures from Virtus Entella in the summer and they have re-ignited their chase for Ofdjer.