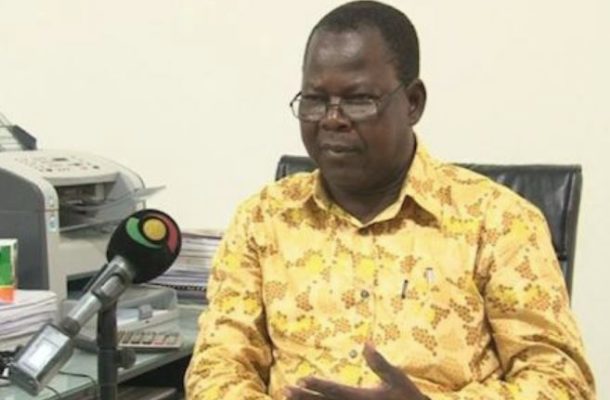 The former Executive Director of the Ghana Integrity Initiative (GII), Vitus Azeem, has called for investigations into how the acting National Chairman of the New Patriotic Party (NPP) Freddie Blay, funded the purchase of 275 buses for the NPP ahead of the party’s national executive elections on Saturday.

Mr. Blay on Wednesday took delivery of the first batch of 100 mini buses on Wednesday in fulfillment of his promise to the party’s constituencies.

He is reported to have made a down payment of 3 million dollars, which constitutes 30% of the total cost of 11.4 million dollars for the 275 cars. He has since been criticized by some persons including his close contender in the NPP race, Stephen Ntim, who accused him of seeking to buy votes with the gesture. Others have also questioned the source of the money, alleging possible corruption.

Mr. Azeem on Eyewitness News asked the Commission on Human Rights and Administrative Justice (CHRAJ), and the Special Prosecutor to investigate Freddie Blay’s source of funding.

Highlighting other issues the investigation should focus on, Mr. Azeem argued that”Mr. Freddie Blay holds a public position in the GNPC which is known to be funding football and other activities. They get so much money from the petroleum sector, so that is also another issue that we need to investigate.”

He also said there was the need to confirm whether the right duties and taxes were paid on the imported cars.

Special Prosecutor, Martin Amidu, is already investigating Freddie Blay, on how he funded the purchase of these buses.

A source at the Office of the Special Prosecutor told Citi News that Mr. Amidu would go ahead with the investigations whether or not Mr. Blay wins this Saturday’s election.

The source said Mr. Martin Amidu is of the view that, Mr. Blay is a public officer as a Board Chairman of the Ghana National Petroleum Corporation (GNPC), and also as a national officer of the governing party with influence, he falls under the Criminal offenses Act (1960) Act 29, and must therefore be questioned on his source of funding