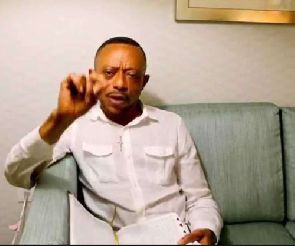 Some assailants in the Volta Region have planned to assassinate the flag bearer of the New Patriotic Party (NPP), Nana Addo Dankwa Akufo-Addo, when he visits the region to campaign ahead of this year’s elections, Rev Isaac Owusu Bempah, General Overseer of the Glorious Word Power Ministry International, has said.

His revelation follows an invitation extended to him by the Ghana Police Service for a similar prophecy he made that some politicians were planning to kill Mr Akufo-Addo in order to give his opponents a smooth run in the December 7 polls.

He added: “These are matters that must be dealt with spiritually not physically and, so, I don’t know why they (the police) have invited me. They came to my church this week, but did not meet me and, so, they took my lawyer’s contact from my junior pastors. The lawyer told them he had travelled and so when he returned he would come to the police station with me.”

Rev Bempah added: “I stand by the prophecy that some people are plotting to kill Mr Akufo-Addo, he must beef up his security.”