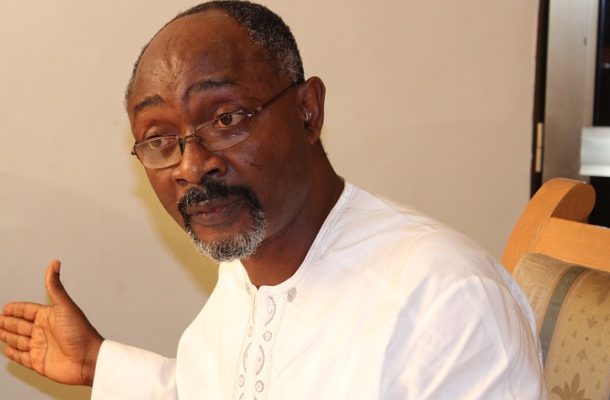 Businessman Alfred Agbesi Woyome has accused members of the governing New Patriotic Party (NPP), who are from the Volta Region, of spreading lies against their kith, who are members of the National Democratic Congress (NDC) in the region, resulting in the recent deployment of military personnel to border towns there to, ostensibly prevent aliens from infiltrating Ghana with COVID-19

Mr Woyome also called on the border townsfolk to form watchdog committees to stop the unlawful invasion of their homes by the military personnel, some of whom they have accused of harassment and intimidation.

Speaking in an interview with Accra-based Citi TV, Mr Woyome called on the government to leave the people of the Volta Region alone to assess the government and make their own decision on who deserves their vote rather than guarding the ballot.

He stated: “Leave the people of Ghana alone to assess and go and do a free and fair election. What I expected them to do now is to be building bridges. What I was expecting them to do now is to ensure that every Ghanaian that is there, they should be resolving issues and stop this panicking. Let the people of Ghana freely choose who to rule over them. The idea that we will steal, the idea that we will manipulate – and people are saying it everywhere: who are these people? They don’t even have shame. No character. Nothing. And they continue every day to just disturb the peace of this country”.

Mr Woyome indicated that the people of the border towns in the Volta Region have the right to form watchdog committees to avoid being suppressed by the security forces unlawfully.

“The chiefs and people of those areas in the Volta Region have the absolute right to form community watchdog committees in order to stop these hooligans holding guns, disturbing the peace and entering people’s homes to stop them. If you don’t have a paper from the court, they must not be allowed to enter anybody’s compound. In doing so, they’ll be doing themselves the legitimate duty, and this country, and exercising their rights.”

The businessman also reminded the members of the New Patriotic Party (NPP) who hail from the Volta Region to stop peddling lies that push the government into taking such actions.

“Voltarians that are in the NPP, you came to the NPP today, you were not even part of the UP thing and other things; you were not part of it. You came because of your own reason or how you might be treated in your NDC, but be very careful, you’re living in a community as a minority and you cannot continue generating lies and sending fear and everything to make a government to send in troupes. These are all lies. Togolese are Togolese, Ghanaians are Ghanaians. I’m not also going to tell the ruling government the consequence of what they are doing when there is a change of regime. What I want to say is that I want to come personally now, for the personal bond that we share between us and Nana. I just want to suggest to him that he should be extremely careful”.

Mr Woyome further appealed to the government and the security forces to leave the border townsfolks alone to enable them go about their duties freely.

“I am also suggesting to the people that they should form community watchdogs because some of these military men may be operating without lawful order. So that when they arrest anyone of them who were entering their house, whether they have weapons or not, the community should arrest them and put them in the nearest police station and call the media. Leave these people alone. Let them go to their farms. Let them eat. They are sleeping in fear. What is this,” Mr Woyome added.