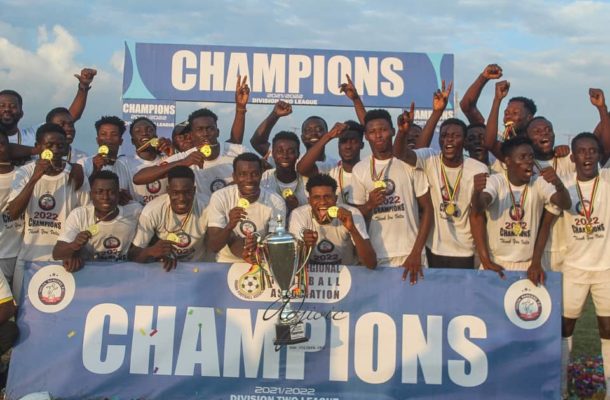 Volta Rangers scored the only goal of the game through Usman Safianu in the 21st minute to hand the Ho based team the upper hand going into recess.

Agbogba FC were the stronger and aggressor in the second half. They pushed men forward with the aim of pulling parity but Rangers remained resolute and firm at the back.

Volta Rangers used their wing play to their advantage with counter attacking football which paid off when their pacey winger Justice Agugre was brought down in the penalty box which handed them an  opportunity to cushion their lead in 62nd minute. But captain Hafiz Rahman however missed the opportunity after hitting the cross bar.

Volta Rangers held on until the final whistle to win the contest with a slim margin. The feat means they will join Heart of Lions and Akatsi All Stars in the National Division One League next season.