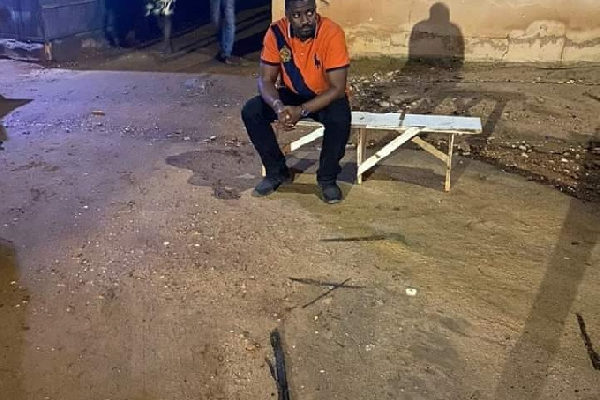 The National Democratic Congress’ parliamentary candidate for the Ayawaso West Wuogon Actor constituency, Mr John Dumelo, was the first to queue at the Electoral Commission’s voter registration centre in his neighbourhood, virtually spending Monday night there.

On the eve of the official commencement of the registration process today, Tuesday, 30 June 2020, the actor-turned-politician posted a photo of himself on social media seated on a wooden bench in the open around 10: 30 pm, ostensibly waiting for the process to start.

Trending at number one on Twitter, social media users widely commended him for his hard work and seriousness while others have expressed their dislike for him, wishing that he loses.

The Electoral Commission (EC) is registering eligible voters from today to 6 August 2020.

This comes after the Supreme Court threw out a case presented by the biggest opposition party, NDC, against the EC’s decision to re-register Ghanaians.

His victory made him the outright competitor against the incumbent Member of Parliament (MP), Lydia Seyram Alhassan of the governing New Patriotic Party.

The two, together with candidates from other political parties, will battle it out for a parliamentary seat in the 2020 presidential and parliamentary elections.