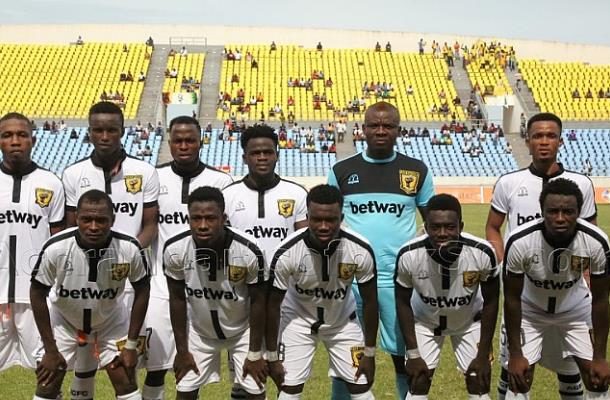 WAFA SC and AshantiGold played out an entertaining 1-1 stalemate in their Ghana Premier League encounter at the Sogakope Red Bull arena on Wednesday.

The league leaders traveled to Sogakope well rested after their clash against Aduana over the weekend was postponed due to the latter’s participation in the Caf Confederation Cup.

While WAFA came into matchday eight at the back of four consecutive defeats and were in desperate need of points.

After a goalless first half, the Academy lads took the lead on the hour from the penalty spot scored by Umar Basiru.

Ivorian Richard Djordi climbed off the bench to level the scores for the Miners courtesy of a beautifully struck free kick in the 72nd minute.

The game ended in a draw with both teams more than happy to share the spoils.