WAFA bounce back with win over Ebusua Dwarfs 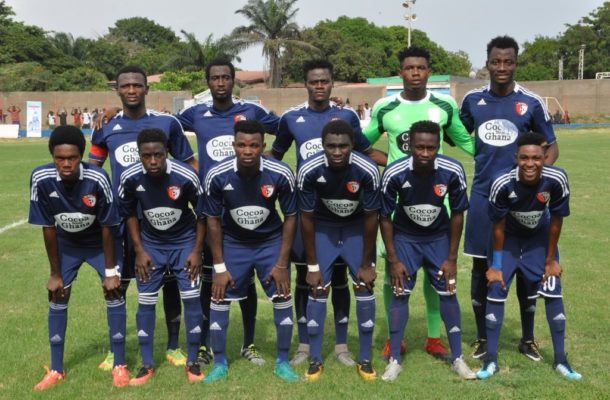 WAFA got back to winning ways as they defeated Ebusua Dwarfs by 3-2 on Matchday nine in the Ghana Premier League.

It was the first game in charge for caretaker coach Sadiq Abubakar following Klavs Rasmussen’s resignation two days ago.

After suffering four straight losses, the visitors traveled to Cape Coast looking to build on their midweek performance in their 1-1 draw against AshantiGold.

Richard Danso opened the scoring for the Academy boys in the 36th minute.

Before Charles Boateng doubled their lead four minutes later after connecting with a beautiful cross by Danso from the left flank.

Justice Amartey got his name on the scoresheet on the hour mark to make it 3-0.

Dwarfs almost staged a late comeback. Solomon Okudzeto Gyesi pulled one back before Osman Mohammed scored from the spot to further reduce the deficit.

WAFA however survived the scare and held on in the final minutes to edge the 5 goal thriller.