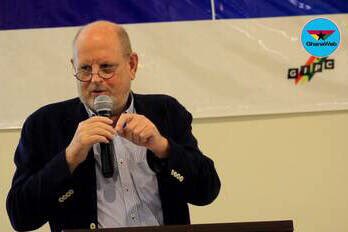 The Dutchman reportedly passed away last week in his homeland but the Sogakope based side only made the announcement public on Tuesday morning.

He was a lover of the local game and invested heavily in the development and enhancement of the Ghana game.

The Dutch Agricultural entrepreneur was not only interested in football as he also invested heavily in his company Wienco who manufacture fertilizer and other Agricultural chemicals.

His company Wienco for more than a decade sponsored for Ghana Premier League side WAFA.

The club made the announcement with an official statement on their various social media handles:

"BEREAVEMENT:   It is with regret that we announce the death #WAFAcademySC owner Mr. H. J. M. Wientjes. He was also the Founder and Executive Chairman of African Tiger Holding and its subsidiaries.  Details for a memorial service will be announced later.

Sympathizers can sign a book of condolence at the Accra office of ATHL every weekday from 8.00 am to 5.00 pm"

The Ghana Football Asssociation also led the football family in commiserating with WAFA and paying glowing tribute to the departed Dutchman.