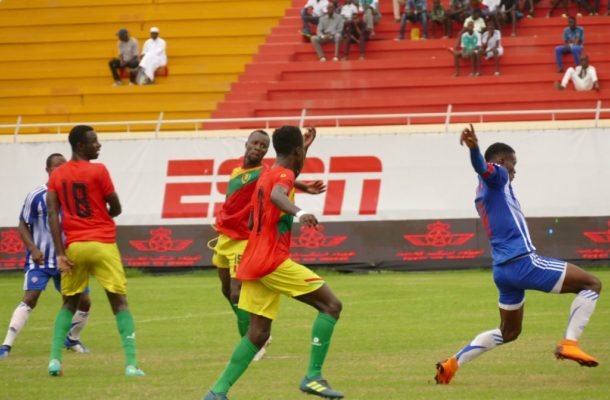 On Saturday, Cape Verde and Guinea will contest the Plate final.

The former, representing the smallest country in West Africa, have been one of the most impressive sides in Senegal, notably for bouncing back from their opening 4-1 rout at the hands of Ivory Coast and to come back from one goal down to defeat Nigeria.

They then dispatched Gambia in the semifinal to set up a meeting with Guinea, who, like Nigeria, dropped into the Plate after losing their opener despite being seeded before the draw.

Cape Verde's only previous appearance in a football final came on homesoil in 2000, when they defeated Senegal in Praia to win the Amilcar Cabral Cup -- a predecessor to this Wafu competition.

"It's a very important day for my players," coach Janito Carvalho said after their semifinal triumph. "We have a good team spirit, Cape Verdeans are a people of sacrifice.

"We don't have rain, the sun is always shining, but we have big problems [back home], but we fight a lot. This is our spirit.

"We decided to bring all of these good things we have to the field, and that's how we try to push our players to win the games. We have good quality in the team, and our experienced guys are driving these players through this competition."

Guinea's opening defeat by Benin is proving to be a blessing in disguise, as they have progressed to the Plate final without conceding another goal while the Squirrels were dumped by Senegal in the quarterfinals of the Cup competition.

"When we came to this tournament we didn't have much time for preparation, maybe three weeks," Guinea coach Lappe Bangoura told ESPN. "We were strong against Guinea-Bissau -- physically, we held our own -- and we scored two late goals when our opponents couldn't hold on anymore.

"Then we improved our qualities, correct our weaknesses, and the team have responded."

Guinea, like Cape Verde, have tasted success previously only in the Amilcar Cabral Cup -- winning five titles between 1981 and 2005 -- and there's no doubt that victory in Saturday's final would represent a significant achievement for this squad.

The match will come up at 6 pm Ghana time.