WAFU Zone B U-20: Black Satellites kicked out of tournament by Burkina Faso 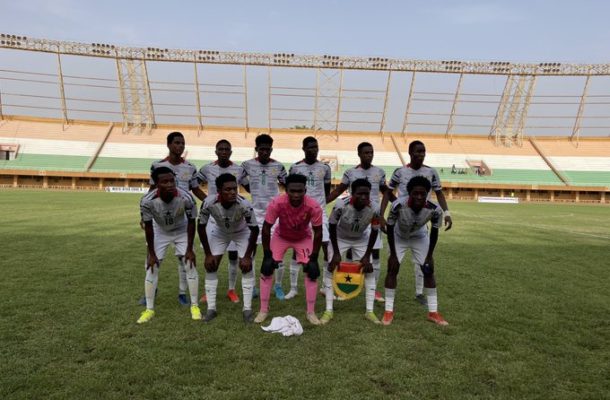 The Black Satellites have been kicked out of the WAFU Zone B U-20 Nations Cup after defeat to Burkina Faso on Saturday at the Stade Général Senyi Kountche in Niamey, Niger.

Ghana who needed a win after losing their opening game to Nigeria were beaten 2-1 after some shambolic display.

The Satellites started the game on the front foot and had penalty shouts turned down after a free kick was awarded.

WAFA's Faad Sana sent a free kick wide for the Burkinabes after a foul from the Ghana defense.

Ghana had the clearest chance to have taken the lead after Mohammed Yahaya was sent cleanly through 1v1 with the goalkeeper but he missed.

Burkina Faso found the back of the net in the 33rd minute after Moussa headed home a good cross.

On the stroke of half time Ghana pulled parity as Alex Sarfo slotted home a pass from Yahaya Mohammed to make it 1-1.

Ghana started well after recess and wanted the winner at all cost as they pressed the Burkinabes for the  winning goal.

Burkina Faso stunned  Ghana with a late goal from captain Abdel Rachid Zagre to make  it 2-1 and kick Ghana out of the competition.

The Black Satellites lost all two matches in the competition and will not be present at the African U-20 tournament to defend the trophy they won in 2019 in Mauritania.