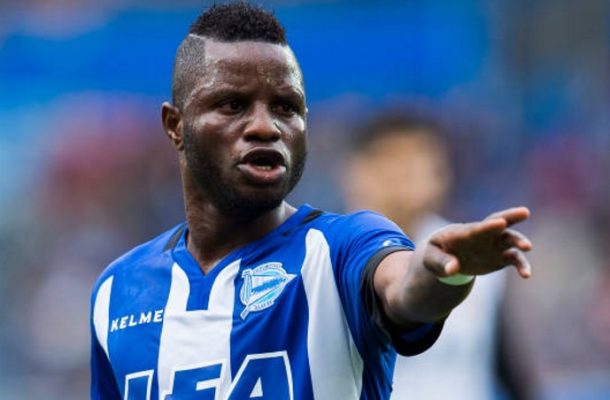 Ghana midfielder Mubarak Wakaso excelled as Deportivo Alaves played out a goalless stalemate with Racing in a pre-season friendly.

It was Alaves first preparation match ahead of the upcoming season which kickoffs in August.

Wakaso was involved in Alaves’ best move of the game in the 32nd minute , when he assisted Rubén Sobrino, who shot at the hands of former Iván Crespo, very well placed.

The hard-working midfielder joined Alaves from Greek side Panathinaikos in July 2017 and has two years left on his contract.

The 27-year-old was a great addition to Alaves, who fought hard to avoid relegation from the La Liga.

He was one of manager Abelardo Fernández's key players and made 21 appearances including 12 starts.