#Walkawayfromdrugs campaign walk to be held

A group against drug abuse known as #walkawayfromdrugs had met with the national chief imam at Abossey Okai mosque yesterday in a bid to get his support in saying no to drug abuse.

The national chief imam Sheikh Osman Nuhu Sharubutu prayed that Allah guides the group in their efforts to help curb the inexcusable situation. He was glad they have taken the bold steps to crusade against drug abuse.

Umaru Baba Issah, PRO of council of Chiefs said, he's also super excited the youth themselves have taken this course in educating their colleagues to abstain from drug mistreatment.

The team came into existence after a young man released a video of himself on hospital bed on facebook advising the mass to desist from narcotics. He said he nearly lost his life as a result of ill-treatment of drugs. Since then some youth have taken responsibilities to rally against it. The #walkawayfromdrugs leader Elamin Aminu said the team has planned a walk against drugs after prayers on eid day.

"Everyone is invited to take part in this campaign walk against drug abuse" The meeting point is at Accra girls’ Senior High School. 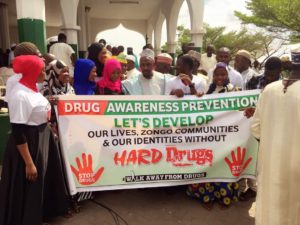 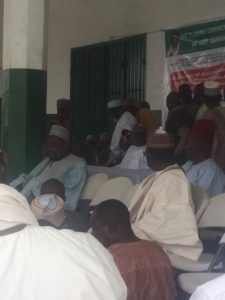 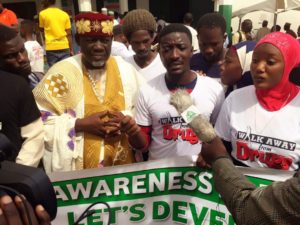