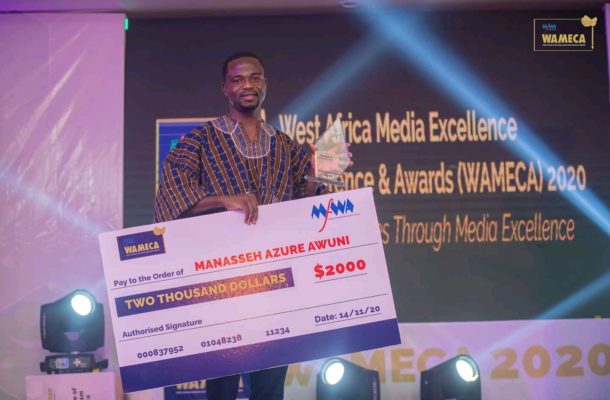 This makes it the second time Mr. Awuni has picked the ultimate prize in three years, and took home a cash prize of Two Thousand Dollars ($2,000.00). 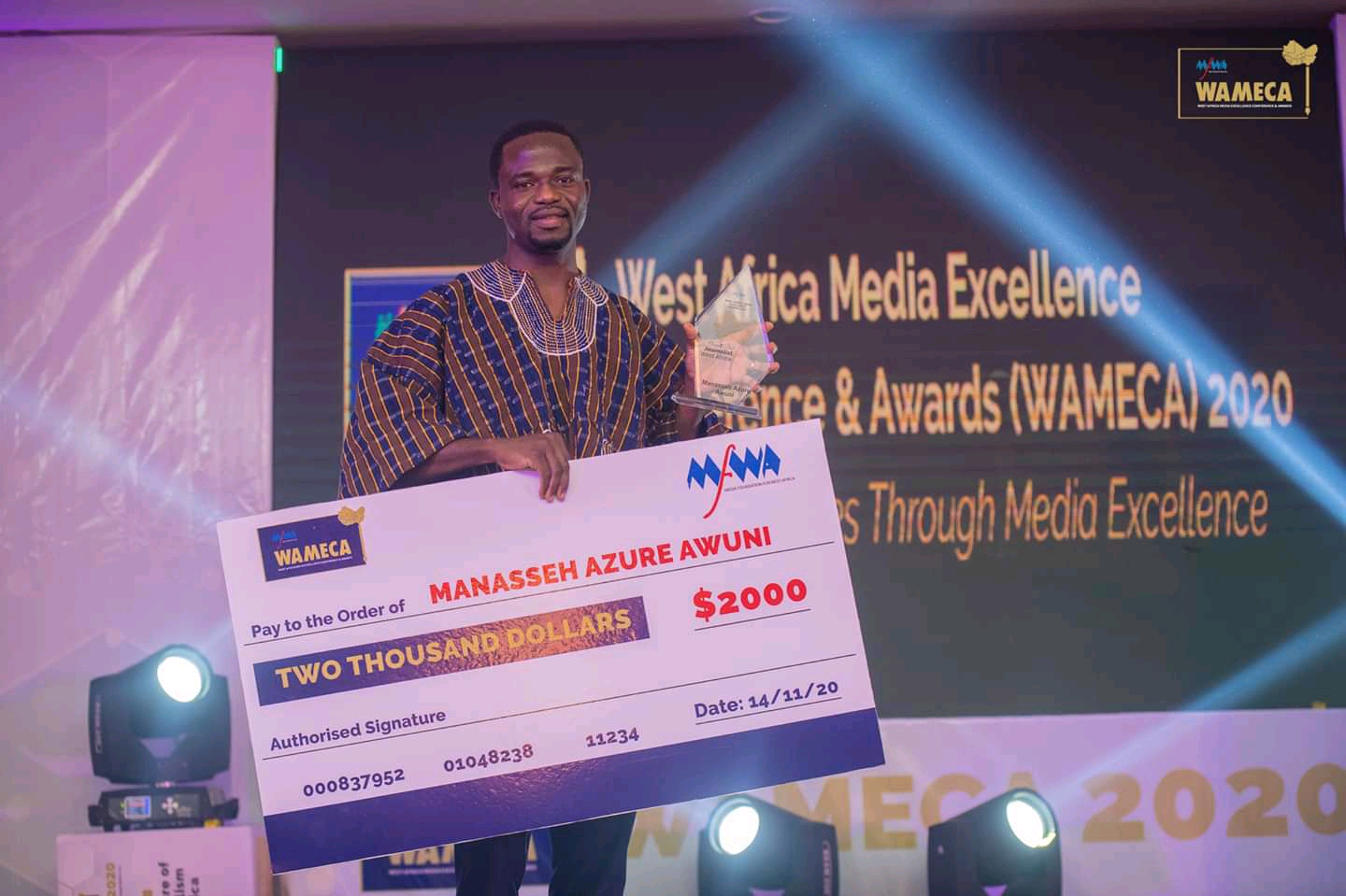 Out of 740 entries from 13 West African countries, the judges from Kenya, Zimbabwe, Liberia, Senegal and Cote d'Ivoire, settled on the Joy News' investigative documentary "Ground Wheels". 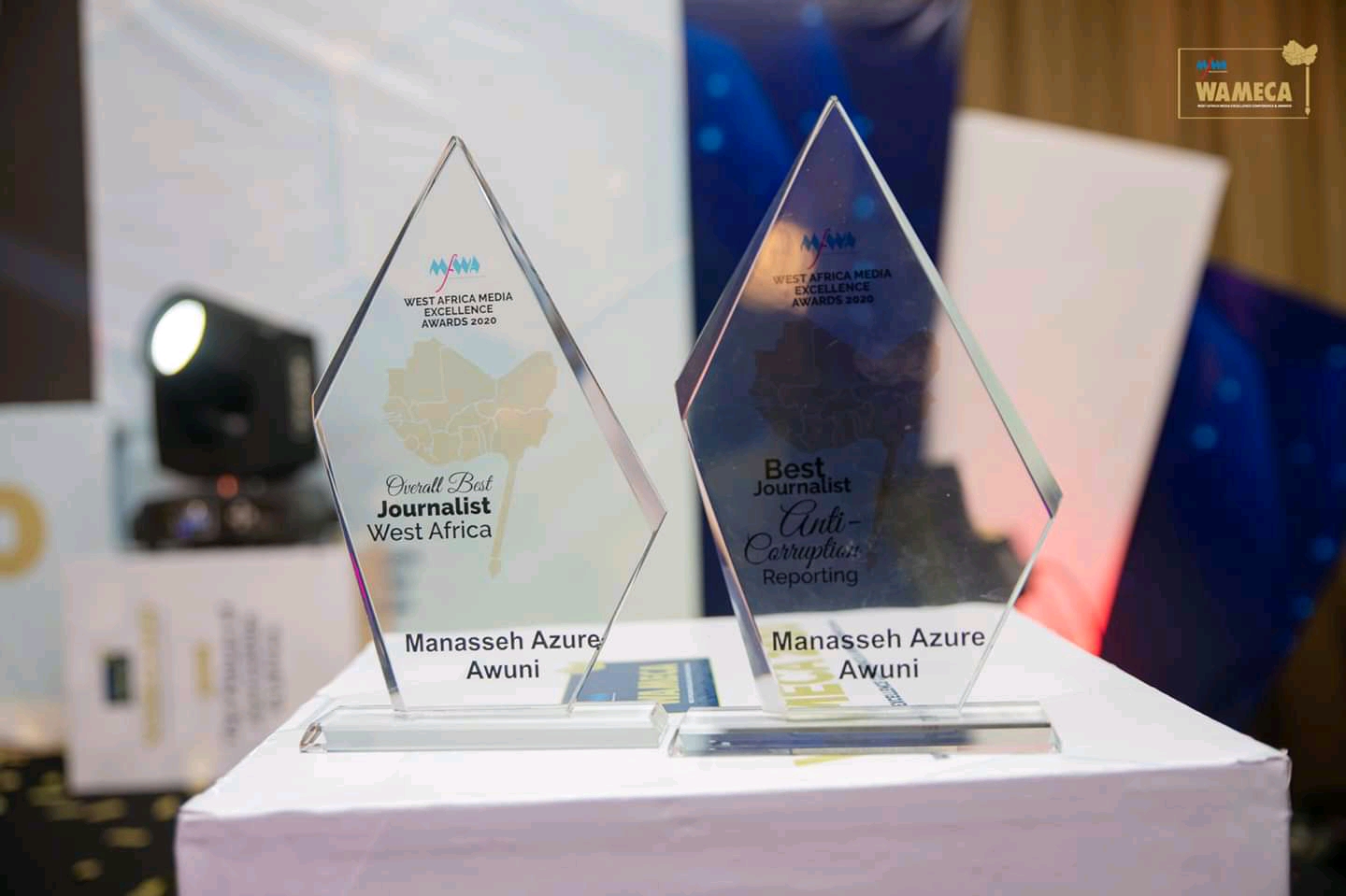 “Grounded Wheels”, which won the anti-corruption category, is a powerful exposition of public waste and the impact it has on ordinary people in Ghana,” said Joseph Warungu, a former head of the BBC African News and Current Affairs Department.

Mr. Warungu added, “The film is beautifully crafted and well-balanced, and like any good investigation, has credible documents to support the claims it makes. The work is very well done and the story has a good pace.

“Now this is outstanding television journalism grounded in professionalism,” he said.

Speaking after picking the award, Manasseh Azure said he was thankful to his wife and family for enduring the sacrifice while working on the story. 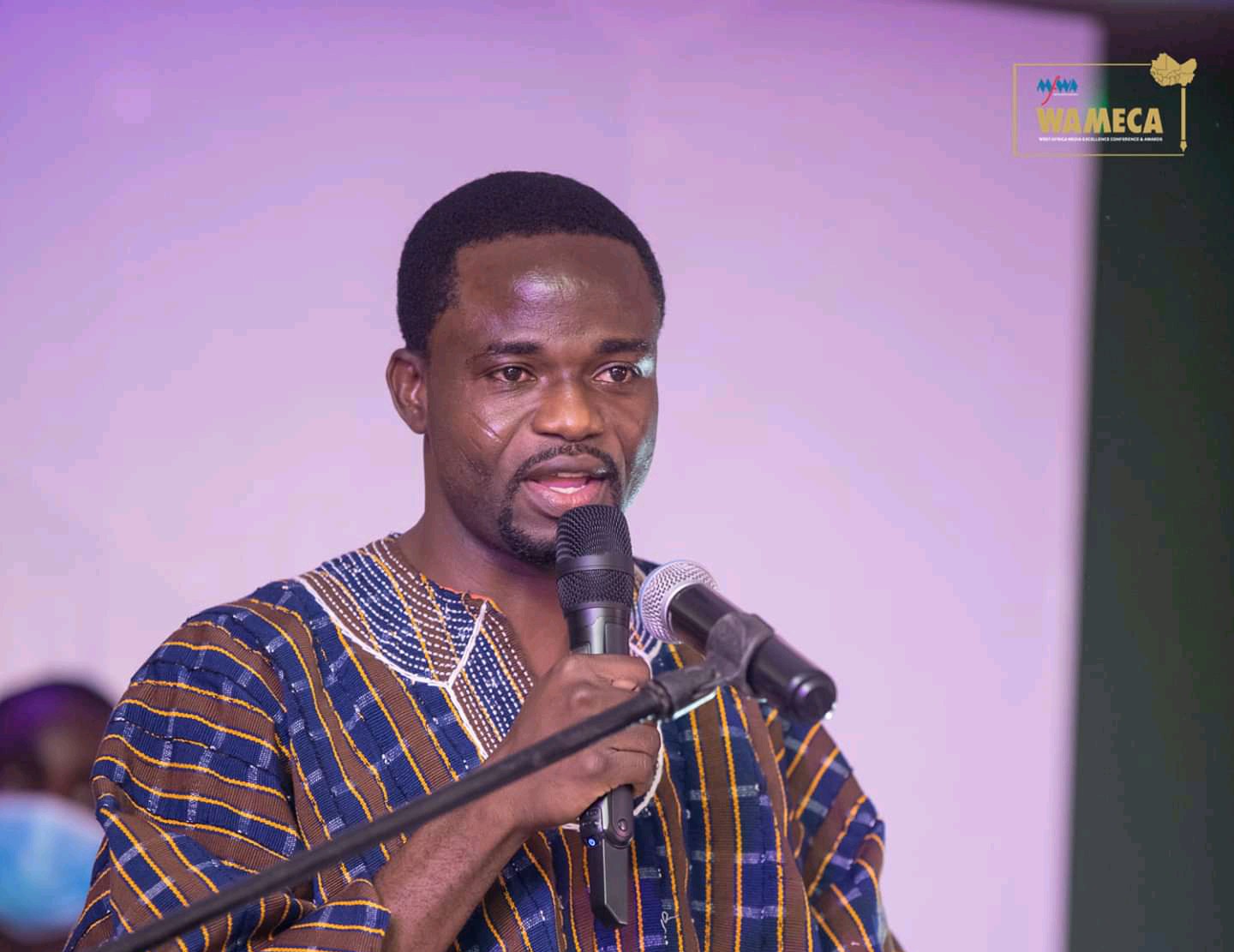 Azure was also indebted to his former employers, the Multimedia Group Limited (MGL), Defence Minister, Dominic Nitiwul, Deputy Finance Minister, Kwaku Kwarteng as well as other individuals who made diverse contributions in bringing out the story.

“I thank my family for enduring the sacrifices, especially my wife, whose birthday I forgot while investigating this story. (I will never forget that day.)

“I'm indebted to The Multimedia Group for their support on this story, especially Joojo Cobbinah, for the additional footage. (Joojo was a finalist in the Human Rights category.)

“To you all who believe in me and those who bear me up in prayers, I say God bless you.” he wrote on Facebook.

The West Africa Media Excellence Conference and Award (WAMECA) is an award scheme organized by the Media Foundation for West Africa (MFWA) to honour outstanding works of journalism in West Africa.

The Awards are opened to journalists from print, electronic and online media in Anglophone, Francophone and Lusophone countries in West Africa.

The 2020 edition was held at Alisa Hotel in Accra, Ghana on Saturday, November 14, under the theme: The Future of Journalism in Africa.