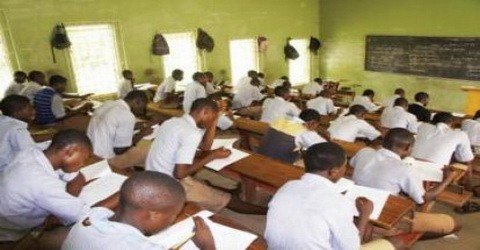 Deputy Minister for Education, in charge of General Education, Dr Yaw Osei Adutwum, has appealed to teachers in the Senior High Schools not to abandon their students who need of their moral support during their exams.

He explained that the teachers had been with the students throughout their three-year stay in school and they could not leave them at this time when they were writing their final examinations.

The Deputy Minister made the appeal when he visited some West African Senior Secondary Certificate Examination (WASSCE) centres within the Accra Metropolitan Assembly to know the state of preparedness of the students as well as interact with them to boost their morale.

Teachers, who were supposed to be invigilators at the various examination centres, are members of the National Association of Graduate Teachers (NAGRAT) but are on strike because the government owes them.

The Ministries of Education and Finance had deliberated on the issue and had released monies to cater for their arrears of the over 2,000 teachers, he hinted.

He advised the students to avoid any malpractices, which would jeopardise their future.

Dr Adutwum was happy that heads of schools had heeded to the directive from the Ministry not to sack students who owe schools fees among others.

He said the students were already under pressure and they should not be made to go through unnecessary stress or make their time spent in school be wasted.

Parents should also fulfil their part of the bargain by settling arrears owned by their wards to give them their peace of mind to write their examinations.

The minister was so impressed with the smooth process of events since the examinations started on Wednesday, April 4.

Dr Adutwum was also happy to see some of the NAGRAT members at post when the candidates were writing Literature-In-English on the second day.

At the Presbyterian Senior High School (PRESEC) Centre, a total of 120 candidates from PRESEC, Villac, the Faith Community Baptist, Spring Board, Calvary SHS and Albert Academy sat for that subject and they were all present and the exams started as scheduled.

However, at the Achimota SHS, 253 candidates, made up of 128 girls and 125 boys took part in that subject but run behind time as some of the examination materials delayed.

Miss Angela Afriyie, a candidate, who spoke with GNA after the paper said, she was nervous on the first day but had overcome at the time when she was writing the Literature-In-English.

Master Clifford Bassah, a student of the Achimota School, who aspires to be a journalist, said, so far, so good.