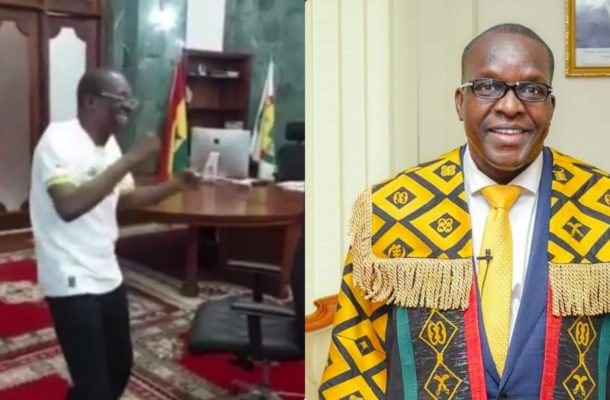 The senior national team, the Black Stars of Ghana, won their second match at the 2022 FIFA World Cup in what was a dramatic match as they beat South Korea 3-2 at the Education City Stadium.

The Black Stars had to sit tight as the Koreans kept probing and pressing Ghana in the final minutes of the game for an equalizer.

The Speaker of the 8th Parliament of Ghana, Alban Bagbin, could not hold his joy after the final whistle of the match.

A viral video sighted by GhanaWeb showed the speaker, in his office, jubilating frantically.

Bagbin, with a broad smile, was dancing as he was punching the air.

The people he was with could also be heard chanting as they were urging the speaker on.