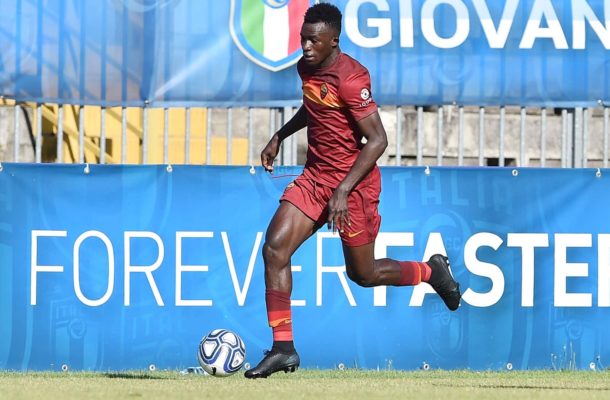 Head coach of the Black Stars Milovan Rajevac handed an invitation to AS Roma youngster Felix Afena-Gyan for the doule header game against Ethiopia and South Africa but the youngster did not show up.

The 18 year old striker was not part of the 24 man squad that traveled with the team to South Africa to play against Ethiopia.

Reports indicate that the youngster was prevented from traveling to Ghana for the games as his club AS Roma refused to release him for the assignments.

According to the head of communication of the Ghana Football Association, Henry Asante Twum, they had not rececived any communication from the Italian side that the youngster will not make the trip.

"We are expecting Afena-Gyan to join us. When we decide to invite player, we send official communication to the clubs and if the player is unable to honour the invitation due to an injury or any other concerns, the player will write to us with reasons." he told Kumasi based Akoma FM.

"As far as I am concerned, AS Roma has not written to us about any misgivings they have about the invitation of the player. So I am confident to say that he is one of the players we are expecting and hopefully he arrives by the close of the day." he said this on Tuesday before the team traveled to South Africa for the Ethiopia clash.

Afena-Gyan made his Roma debut against Cagliari in a game he was introduced in the 57th minute of the second half as replacement for  Matias Vina.

Last Sunday he came on as replacement for England striker Tammy Abraham in their 2-1 defeat to AC Milan in the Italian Serie A.

Although he is yet to score for the AS Roma first team, he has netted six goals for the Primavera side in five matches this season earning him a place in the Giallorossi first team.