We are unshaken: CDD parries attacks on Mahama-administration survey 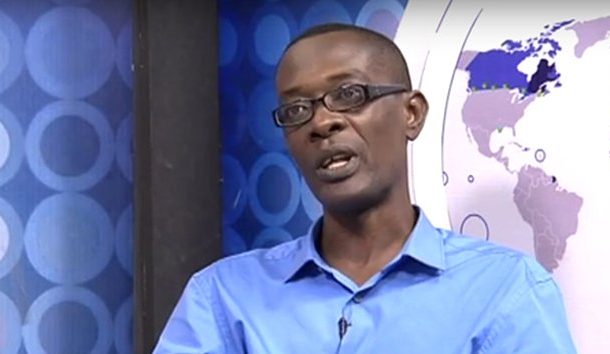 A senior researcher at the Centre for Democratic Development (CDD-Ghana) says attacks on his outfit’s recent survey that shows majority of Ghanaians are unhappy with the current administration are unfortunate.

Daniel Armah-Attoh says disparaging comments against the survey findings by members of the ruling National Democratic Congress (NDC) are also an affront to civil society activism in the country.

our peace,” he explained.

He was speaking on current affairs programme, PM Express on the Joy News channel on Multi TV that discussed the survey findings.

The maiden pre-election survey by the governance think tank reveals 70 percent of Ghanaians believe that the John Mahama government is steering the country in the wrong direction.

The survey, conducted on a sample size of 2,400 adult Ghanaians cutting across 163 districts and 291 towns and villages, also pointed out that majority of Ghanaians think the government has failed to adequately tackle, unemployment and power challenges facing the country.

After the research finding was

s published, some government communicators including the National Organiser and campaign coordinator of the NDC, Kofi Adams, have described the survey as a reflection of the opposition New Patriotic Party (NPP)’s campaign message.

However, speaking on PM Express Thursday, Mr Armah-Attoh said CDD-Ghana conducted the study in the interest of the country.

“We are not working for any political party,” he stressed.

The attacks are “more like an occupational hazard,” he told show host Nana Ansah Kwao IV.

The survey also inquired about the issues respondents consider critical ahead of the December elections, with majority of them saying education, power, unemployment and infrastructure will determine which Presidential candidate they will vote for.

Majority of respondents, according to the survey, however said the current

administration has failed in tacking the problems facing the country, suggesting that they may not retain the John Mahama adminstration.

“This is what some of us expect. If what we are seeing today becomes a reality during the elections we hope it will make politicians sit up and realize that people will no longer tolerate you not doing well and still you think you can maneuver and get your way back into office,” said Mr Armah-Attoh.

He said CDD-Ghana has only fulfilled its duty as a governance civil society organisaton, noting the attacks against the findings could impede progress of civil society in the country.

"Can we imagine a situation where we have all civil society institutions closing? Who speaks for the ordinary people? It becomes a huge problem so at that point, the government or those in power can have their way and do whatever they want," he said.