We fought you out of ignorance; forgive us - Kejetia traders beg Mahama 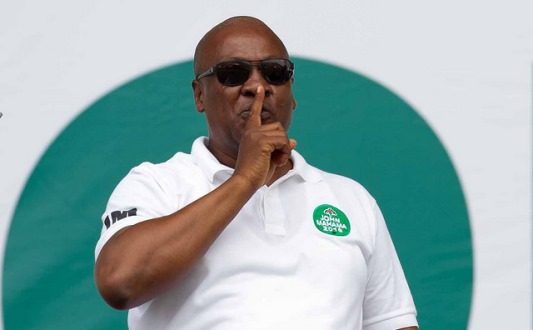 Traders in Ketetia in Kumasi, the Ashanti regional capital have apologised to former President Mahama and asked for his forgiveness after they demonstrated against his government for relocating them for the construction of the Kejetia market.

The traders also rendered an unqualified apology other appointees in the previous administration after they openly displayed their fury over attempts by Kumasi Metropolitan Assembly (KMA), then headed by Kojo Bonsu to relocate them for rehabilitation works to take place at the redeveloped Kejatia market.

At a Christian prayer session held by the traders covered by MyNewsGh.com last week, the leadership of the Kejetia Traders’ Association showed remorse for initially resisting the construction of state-of-the-art Kejetia redeveloped market.

“It was unfortunate we tried fighting former President John Mahama and Hon. Kojo Bonsu when they wanted to relocate us to pave way for the construction. They should forgive us and accept our apology”, Chairman of the Kejetia Traders’ Association, Mr. Kwabena Obeng apologized on members behalf of his colleagues

The traders embarked on series of demonstrations mounting pressure on former appointees not to include Kejetia in the reconstruction of the Kumasi Central Market.

“We did that out of ignorance…We didn’t understand the mode of communication which is the Queen’s language so we took position which wasn’t the best”, the chairman revealed.

Meanwhile, the liaison officer and Consultant, Mr. Emmanuel Danso on behalf of Contracta Engineering Limited, a Brazilian firm also thanked the Akufo-Addo and Mahama led administrations for support leading to full completion of the Kejetia market.