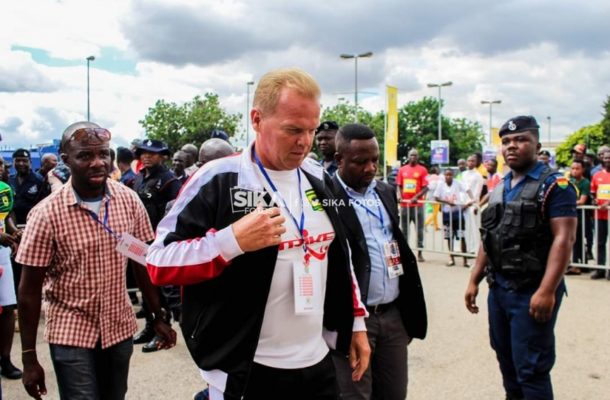 Kotoko have been paired to play little known Ivorian side San Pedro for a place in the group stage of the Caf Confederations Cup.

Gariba Mohammed a Ghanaian who plies his trade for Ivorian side San Pedro says they know a lot about Kotoko's Norwegian trainer Kjetil Zachariassen.

Zachariassen in November 2007  moved to Ivory Coast where he with two others started a football academy. He initially traveled to Ivory Coast to find talent which at that time he was working for Portsmouth F.C. under Harry Redknapp and Neil Masters.

In 2009, he was appointed the head coach of Stella Club d'Adjamé which at that time played tier 1 in the country's league so hi well known within Ivory Coast.

The Porcupine warriors dropped from the Caf Champions league after been eliminated by Tunisian giants Etoile Sportive du Sahel and for their rewards will play San Pedro for a bite of cherry in Africa's second tier competition.

"San Pedro is a well organised club which belongs to an Arab contractor,we are financially strong.We are currently third on the league log after three games."

"We have much information about Asante Kotoko coach Kjetil Zachariason,he's stayed in Ivory Coast for a long time and has coached about four clubs."

"The huge fan base of Kotoko and match day attendance will not affect  us,it will be a motivation for us. Its a football game and we will come to do our best." he stressed.